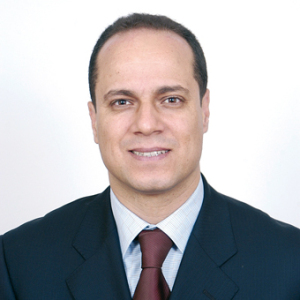 Dr. Jallal Toufiq received specialization degree in psychiatry at the Rabat School of Medicine. He completed many fellowships in Psychiatry in France. He was a NIDA research fellow at Johns Hopkins University School of Public Health in 1994 and 1995, and was appointed as an associate Professor in Psychiatry in 1997.

Dr. Toufiq contributed to the creation of the first center for drug abuse treatment in 1999. He took over the Director position of the University Psychiatric Hospital in Salé in 2005, became the Moroccan

Representative at the Mednet Network of the Pompidou Group in 2006 and Permanent Correspondent for Morocco at the Pompidou Group / the Council of Europe, and co-founded the Middle East and North Africa Harm Reduction Association (MENHARA).

In 2011, Dr. Toufiq was appointed as the Director of the newly created National Observatory on Drugs and Addictions, and he served as expert and consultant for many organizations such as the WHO, the UNODC, the ICAA, the Council of Europe. Starting March 2015, Dr. Toufiq will be taking over as a new member of the UN International Narcotic Control Bureau in Vienna.